A statue of Nelson Mandela in a garden that commemorates his leadership and exemplary life that served as a precondition for an orderly and civilized society, was recently erected at ZZ2’s head office on the farm Boekenhoutbult in Mooketsi.

The statue is a symbol of values that ZZ2 shares with Tata Nelson Mandela. “He has been an inspiration to us with his affirmative, positive and enabling leadership style and his philosophy drives a lot of the common denominators in ZZ2, hence our conviction in honouring his legacy,” says Mr Tommie van Zyl, CEO of ZZ2.

“ZZ2 has value propositions that serve as a treaty with our stakeholders. We strongly believe that commitments are benchmarks of success on how a society that creates meaning in South Africa can significantly contribute to progress and development.”

The 2.8m bronze statue is placed in the middle of the ZZ2, Nelson Mandela Garden at the entrance of the main campus of the ZZ2 head office. Four paths lead away from the statue in the four wind directions. It symbolises ZZ2’s own value system. North is “fortitude”, east is “justice”, south is “prudence” and west is “temperance”. These are referenced in Sepedi, Afrikaans, English and braille on plaques in the garden. These cardinal virtues are the underpinnings of an orderly and civilized society.

“We believe that we should create our own future and not wait for somebody else to do it. We believe we should be focussing our attention on the world around us and to adapt in a principled, thoughtful, wise and dedicated way. We also believe in upholding social morals where people are given equal opportunity and treated with respect and dignity. We believe in building trust based on truthfulness and authenticity. These are the virtues that we rediscovered in the wake of the new South Africa and affirmed by our one of our heroes, Nelson Mandela.”

By erecting the statue at ZZ2, we hope to keep Madiba's legacy alive in both word and deed. A legacy of humanism, of fellowship, of decency, of partnership and of tolerance. It is these universal and timeless values that will guide us along the path towards the South Africa we all want.

The well known artist, Prof Pierre Volschenk, (93) hails from Olyfberg near Houtbosdorp in Limpopo and is a friend of ZZ2. Although he now lives in the Cape, he regularly visits the farm and has close ties to ZZ2. 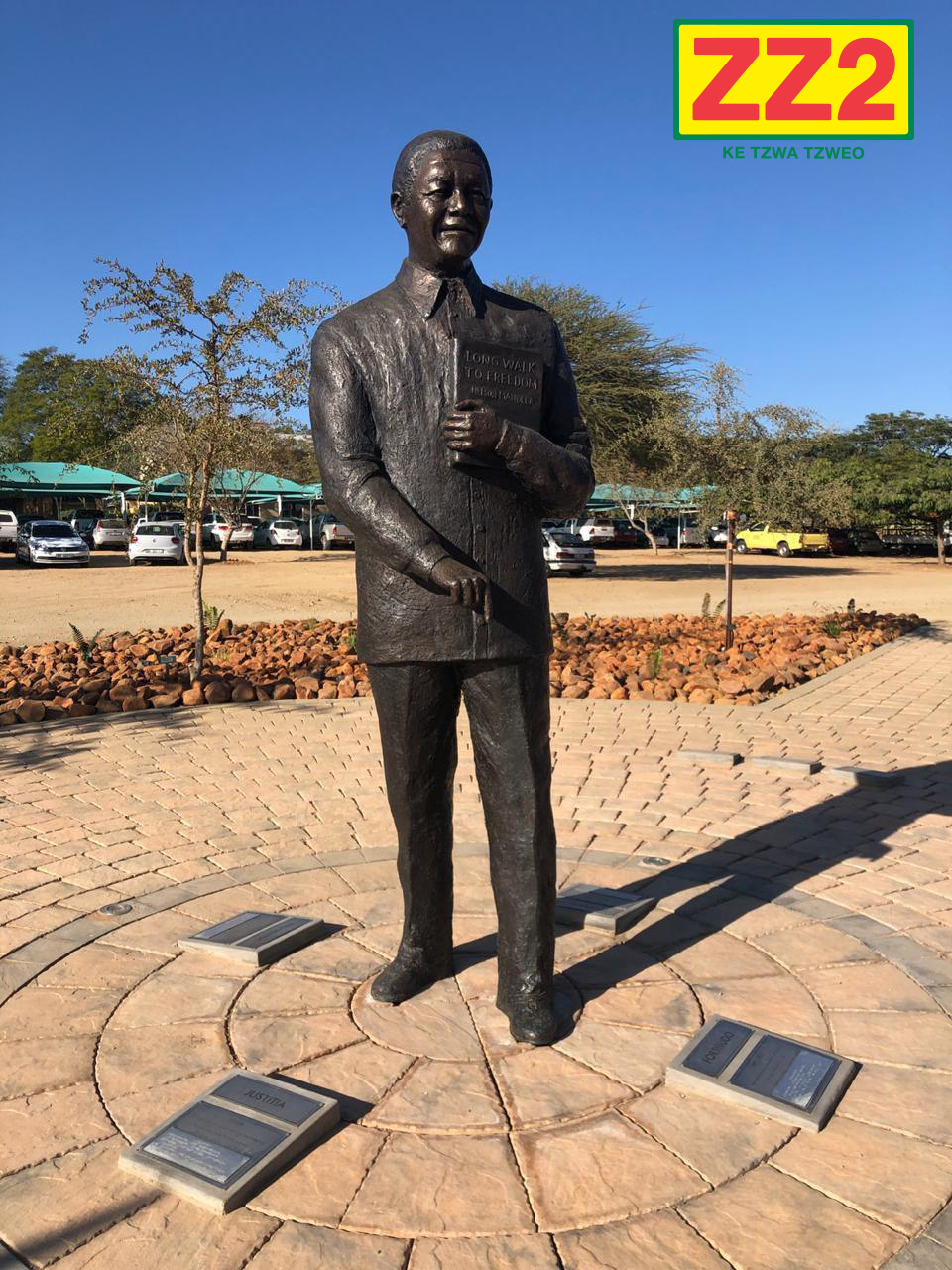