It may not be completely organic, but a philosophy based on “harmony with nature” has worked wonders for soil health, productivity and the surrounding environment for South Africa’s largest tomato grower, ZZ2.

The company’s ‘Natuurboerdery’ (Nature Farming) practices range from composting, plant extract application and using predatory insects all the way through to more standard measures like the choice of rootstocks, growing regions, planting times and varieties.

At Fresh Fruit Portal we had the opportunity to see (and smell) some of these processes at ZZ2’s Mooketsi facility in the northern South African province of Limpopo, in the lead-up to Allesbeste Nursery’s ‘Maluma Day’ last month.

“Physically mining your soils and your environment in order to produce crops is not sustainable,” said the company’s chief agronomist Bertus Venter.

“We want to do as little as possible to the environment to disturb it – we also look at what the nature and environment give back to you that you can actually utilize in your farming practices.”

To elaborate he described an inherent balance in nature which is upset every time a crop is planted.

“So if you only have tomatoes there, nature is saying ‘we like more diversity’ and then there are a few soil-borne diseases and a few worms are going to eat some of the tomatoes.

“But if you have good farming practices you start to let nature be a bit more forgiving.

“For example, soil health is one of our big focuses with nature farming – we say healthy soil will house a healthy plant, which will produce healthy produce.”

A significant foundation for ZZ2’s soil practices is compost, and the grower has a lot of it – 50,000 cubic meters per year in fact.

To service its production operations around South Africa and Namibia – also including avocados, pome fruit, stonefruit, mangoes and onions – the group generates its own compost over 28 hectares of land on three sites, serviced by 15 hectares of storage space for the raw materials needed for the process.

“Compost, as we see here, is one of our key role players in terms of soil health. Our composting process is very scientific and it’s a fairly intensive program,” Venter said.

“The four main ingredients we use on this compost are sawdust, woodchips, chicken manure and cattle manure, and then according to the season any other organic material that is available at that stage – for example in the citrus season we use a lot of citrus pulp from the juice factories.

“We use a lot of the organic waste from the net houses where we do leaf prunings to bring that organic material in to the composting.”

He said the composting “closed a cycle” by feeding nutrients to the plant, which in turn produces biomass that is harvested to turn back into compost to be made available for the plant again.

“Most of our waste fruit from our packhouses are stored in tomato sawdust, and once it’s saturated it’s brought back to the compost and it’s incorporated, again the nutrients are utilized in the composting process.

“Even if compost had no nutritional value we would still as a company use it, but it’s an expensive product to use. We use it to enhance the soil biology and health to improve the soil’s physical characteristics, to improve the water holding capacity and water use efficiency of the plant.

According to ZZ2 general manager Burtie van Zyl, composting has proven its weight in gold in recent years in the Western Cape apple sector.

“It was very hot and dry in the cape in the last two years, and our yields and quality were much better compared to all the neighbors who just continued with the regular programs,” van Zyl said.

“We share the packhouses with them so we know the pack-out, we know which fruit the marketers prefer.

“How do you quantify [value]? Compost, the whole biological system of soil, is an interactive environment – you build something up over a long time. It’s not an input-output relationship; the interactions are a bit more complex than that.”

Venter says ZZ2 is using compost on all its products, but there are differences in the type of compost and how it’s applied.

“On the tomatoes for the pre-fertilizer we may only use compost, and every year we apply about 10 tons per hectare of compost on the avocados as well,” he said.

“When we manage compost we manage temperature, moisture and oxygen or carbon dioxide, so temperatures in the compost should never exceed 65°C (149°F); although it sounds low, you’re already burning ash.

“Moisture has to be sufficient for the biology to work, but also in the composting process a lot of heat’s generated – you also need some moisture to evaporate and take some of the heat out with it.”

Van Zyl gives an anecdote that the first compost heat ZZ2 had actually combusted, producing fire. The group has obviously learned a lot since then.

– we call it soil conditioning compost.

“For the tomatoes we want a plant feeding compost. We like to use the nutrients in the compost,” he said, adding this meant while for avocados the composting process could take between 120-150 days, for tomatoes it was longer at 180-220 days. In general, the time is shorter for tree crops.

Venter said ZZ” was now moving over to the “final step” where compost could be disease-suppressive.

“If compost is made in the right way, and it’s fully mature, compost also has a disease-suppressive effect in the soil, especially against soil-borne diseases but also diseases above the soil.

“I have to say I think we’re on a good track with compost use and the whole nature farming and soil health drive that we have, and this will be part of our farming operations for all the time to come.”

Van Zyl added that applying mulch over the compost has reduced instances of fungal disease phytophthora by “a lot”.

“That’s especially in areas where we have very clay soils and high rainfall. You get more roots in the layer where you apply the organic material in the compost, and there’s a better resilience in the orchard.”

A healthy serving of compost tea

No, this is not the next hipster fad. Perhaps it could be described as a “hipster” farming practice as it’s definitely not conventional.

Much in the same way we might drink tea, enriching our palates, warming our throats and soaking up its antioxidants, the soil ‘drinks in’ a special “compost tea” solution on ZZ2’s farms.

“What we do is aerate the water to bring in the dissolved oxygen quantity in the water. Then we add biologically-rich compost into it with some food for the biology and that causes an explosion of biology in the mixture,” Venter said, adding the mix took about 36 hours to brew.

“It only has a six-hour shelf life, so whenever you want to apply compost tea you have to be very close to your point of application…it’s not that after six hours it becomes unusable, but what happens is the biology goes back into the dormant phase and some of the biology will even eat other groups of biology so your diversity will be less.

“What we’re trying to accomplish with compost tea is you want something that swims right out of the irrigation pipe and starts working immediately, applying some biological diversity. And we also dilute the population of bad biology in the soil.”

This application comes back to the underlying Nature Farming principle of re-establishing balance, encouraging biological diversity in the orchard.

“This is one of 12 facilities and ZZ2 produced just more than 2.5 million liters of compost tea last year, and this year if the agronomists do what they promised we’ll produce 3 million liters for the 12 month period.

Fermenting to foment a better environment

One of the great pleasures for any visitor to South Africa is the appreciation of its wildlife. Unfortunately, the application of some pesticides can be toxic to animals; a problem ZZ2 has sought to resolve.

“I’m privileged to say that as of 2003 ZZ2 doesn’t use chemical nematicides on any of our crops…nematodes are normally the biggest pest in most crops,” Venter said.

“We produce a fermented plant extract from the plant Lantana camara – it’s an invasive species in South Africa and it’s also toxic to mammals.

“So in producing the product that’s beneficial to our farming process, we also help to eliminate some of the invasive species in the area.”

He said that since ZZ2 started using the fermented plant extracts to control nematodes and eradicate the use of fumigants and other harsh chemicals, its footpring or Environmental Impact Quotient (EIQ) had gone down “far below what the industry normal is in the world”.

“You didn’t fish eagles or small antelope or even small mammals in our areas, frogs after a storm, and now all of that’s back.

“So we’ve experienced how our environment recovered after we stopped using those harsh chemicals. 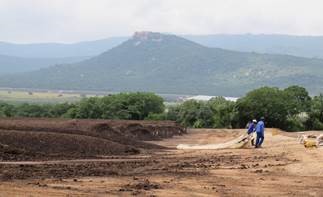 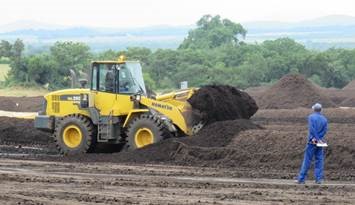 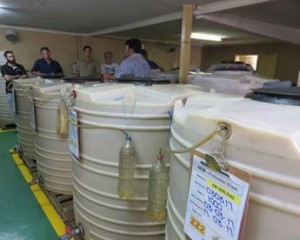