South African company ZZ2, started to produce dates in Namibia a few years ago. Dates take around four years to come into production and they are now starting to see the fruits of their labour.

“The date harvest took place in late February, early March. We are currently busy packing them,” explains Clive Garrett from the company. “The timing of the Namibian date harvest fits in perfectly with Ramadan as we will have finished packing and will be ready to start marketing the fruit just before it begins.”

It has been a very difficult growing season with extreme high temperatures and low humidity during the fruit ripening period. “We were worried about the low level of the Orange River at one stage but it has subsequently returned to normal.”

ZZ2 have harvested in the region of 20 tons this season and are continuing to expand the area planted, which now stands at 95 hectares. There are approximately 32 hectares currently in production.

“Due to the very low volumes this year we will only be servicing the local market. We will however fly out some samples to Europe to start testing the market for next year,” said Clive. – Fresh Plaza‍ 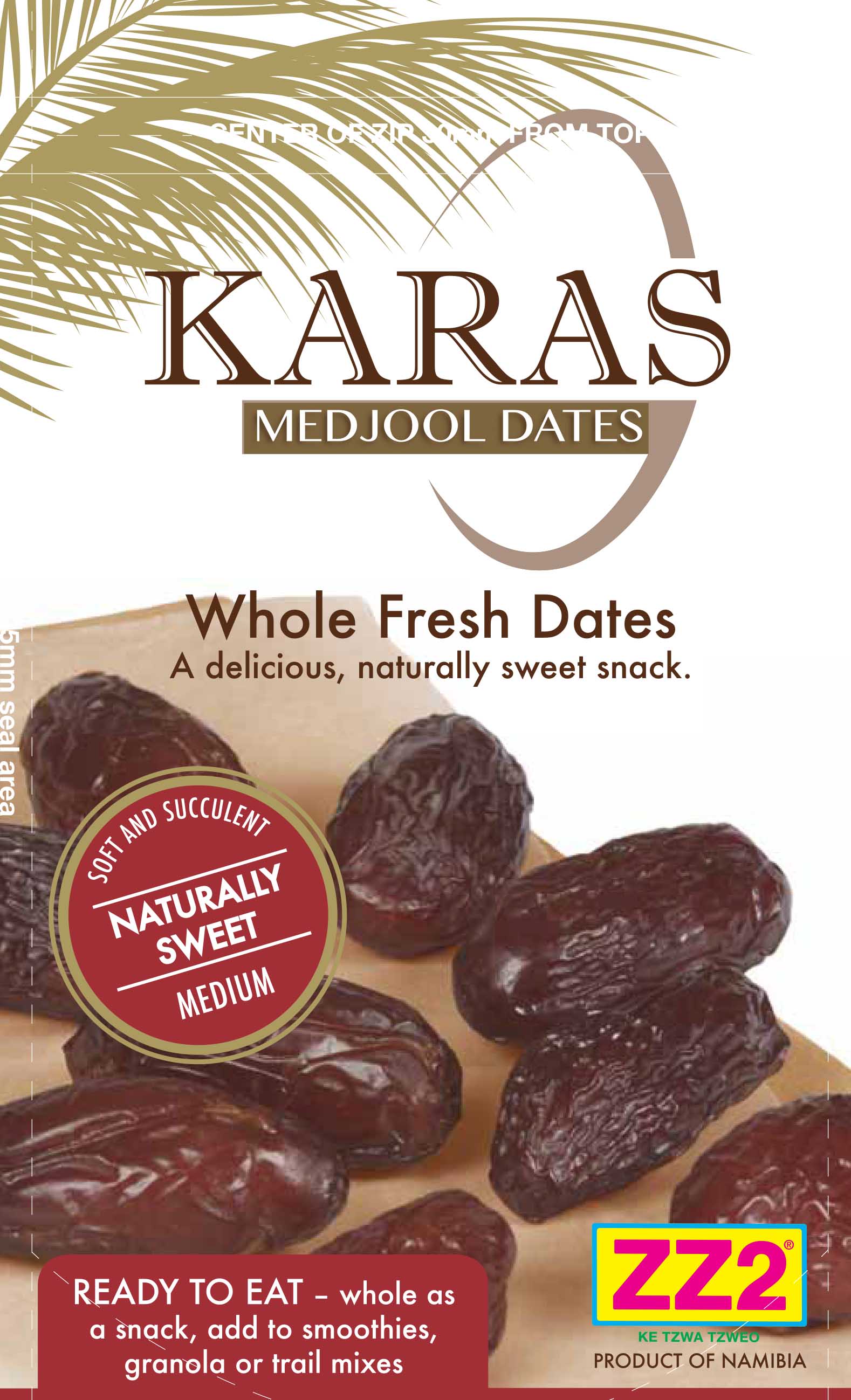