The Hass variety may have been at the forefront of the recent global avocado craze, but one South African exporter has noted there was far higher demand for green-skinned cultivars in the European market this season than previous years.

A representative from Limpopo-based ZZ2 said EU retailers had been asking for greater volumes than normal of varieties like Fuerte, Ryan and Pinkerton, which are the more sought-after varieties in the South African market.

“This year we were blown away by the demand for green-skinned [avocados] in Europe,” marketing manager Clive Garrett told Fresh Fruit Portal.

“Any green-skinned that we’ve got planted have now got the benefit of being exported or being used for the local market.”

He believed the increase in demand was both due to a general shortage in the continent and also consumers getting used to the varieties.

In addition, with rapidly rising levels of demand in many European countries, Garrett said an increasing number of retailers were prepared to take green-skinned to satisfy consumer appetites.

For the 2017 season he estimated ZZ2 had shipped around 10-15% more green-skinned to Europe year-on-year.

He also pointed out countries like Portugal and Italy still prefered green-skinned, and the same could have been said for Germany until only recently when the industry started putting more focus on Hass.

The swing to Hass-type varieties partly came about as the fruit generally ripened and traveled better, according to Garrett.

“If you go back a few years in South Africa the majority of plantings wer green-skinned,” he said.

“Then five or six years ago the market started to swing more to the Hass varieties because of the forced ripening that was happening in Europe.

“Generally the Hass ripens better because it’s got a thicker skin than the green-skinned, and it also travels better. So there was a bit of a swing. But you can’t just change your plantings overnight.”

ZZ2 is planting around 100-200 hectares of avocado trees annually, with the majority made up of Hass-type varieties including the Maluma and a smaller proportion of green-skinned.

The 2017 export campaign saw attractive prices for South African avocados in Europe for the first part of the deal, but Garrett said they began to level off somewhat in the later stages.

“Generally we pushed quite hard early in the season,” he said.

“The fruit tested correctly and had ripened up well so we were able to get the majority of our fruit off fairly early. The early part of the season was very good price-wise, and then it came off slightly toward the end, but not dramatically.”

The price decline was partly attributable to heavier Peruvian volumes coming in, he said, but he pointed out South Africa had been winding down when the South American country began exporting higher quantities of fruit..

ZZ2 is about 95% of the way through its exports, with the last remaining Lamb Hass expected to be shipped over the next few weeks.

While prices have been good in Europe this season, Garrett said South Africa’s volumes had suffered as a result of the severe drought conditions.

“We had an extreme drought and extreme temperatures up until around November last year, and I think he majority of us in South Africa underestimated the drought and the effect the drought was going to have on the fruit,” he said.

“So the crop has generally been a lot lower than originally anticipated.”

He said while pre-season forecasts had pegged volumes to be able 9% down year-on-year, in the end many ended up 15-20% lower.

On the whole he said the prices had not compensated for the shortfall in volume. 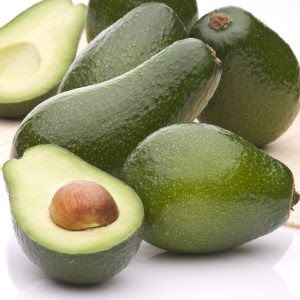