The market for avocados has been growing rapidly, and many South African growers are jumping into that market. ZZ2, a grower-shipper primarily known for its tomato production, is on an ambitious plan to expand its avocado production and become the premier avocado grower in South Africa – and it wants to do that while retaining its sense of social responsibility and sustainability.

“We don't want to follow, we want to be leaders,” noted Clive Garret of ZZ2. He was referring to the role the company has in terms of sustainability, but he added that their responsibility is also a financial one: to remain a profitable and competitive grower for many years to come. In that spirit, the company has undertaken a plan to become the top shipper of avocados from South Africa. ZZ2 currently has about 700 hectares of production, but Garret noted that that figure can quickly grow to 2,000 hectares in a few years.

“We really want to anticipate what's going to happen in the future, and one of the things we’ve seen is an insatiable demand for avocados,” he said. “We are cutting back on the local production of uncompetitive crops as there are no barriers to entry. We are starting to produce items with a greater demand, and avocados being incredibly healthy, people are demanding avocados.”

This rapid expansion of the avocado program will be aided by the company's avocado tree nursery. Working with the Israeli Kidum Institute, the grower has 79 cultivars and 17 roostocks it's working with to find the next great varietal that will produce better yields. But the nursery, which can produce about 100,000 trees per year, also allows the grower to plant up to 200 hectares per year of the varietals currently on hand, which include Maluma Hass and conventional Hass as well as the green varieties of Fuerte, Pinkerton, Ryan etc.

“Trees are always a problem, but we are now in good production with those,” said Clive. “ZZ2 does things on a big scale, so we can probably do it cheaper than our neighbours just due to the economies of scale.” The goal is to get to 12,000 tons of annual production and become one of the largest growers of avocados in South Africa.

Clive believes production can ramp up so quickly because the company employs innovative growing techniques that result in exceptional yields. Root rot, for instance, is a common challenge South African growers deal with, so ZZ2 grows its avocados on ridges in order to provide the trees with good drainage and reduce the risk of rot. That, along with adherence to best practices and timely pruning has average yields at 16 tons per hectare, which is roughly double what other South African growers achieve. For some green varieties, yields can even get up to around 40 tons per hectare.

“We plan to soon reach annual production of 2.5 million boxes,” noted Clive. “We should have reached 1.8 million boxes this year, but hail damage reduced that to 1.2 million boxes.”

“It's interesting that now, about 50 percent of the apples grown in South Africa are sold in Africa, so it's not just to Europe and the East,” said Clive. “That's a new development, and we believe there will be opportunities for avocados in Africa at some stage.” Domestically, the market for green skin avocados is much greater than for Hass varieties. For that reason, virtually all Hass production is sold in Europe and the majority of green avocados are sold at home.

“We try to produce avocados through 12 months of the year in South Africa, because what we’re finding is there are no avocados in South Africa from October through February. There's a huge shortage, and people are prepared to pay crazy prices,” explained Clive. “What we’re trying to do is fill this gap. Our peak time is from May to August, but we’re trying to fill those shoulders.” Exports start in March and run through October in Europe, where ZZ2 tries to get into the market as soon as possible in order to avoid competition from Peru.

Through all of this growth, the company wants to retain its roots as as socially responsible grower. Being a leader means acting on market opportunities before others catch on, but it also means acting in a way that is fair to customers, consumers, workers and shareholders.

“In terms of sustainable value, we realize that there are future generations to come and farm behind us, so we need to be sustainable from an ecological point of view, and from a financial point of view,” said Clive. “We must make sure that the company is profitable, and that we’re looking after the environment at the same time.” That's embodied in the idea of Natuurboerdery, which translates roughly to nature-friendly farming. Beneficial insects are used to control pests in favor of pesticides, and composting plays a large part in fertilizing crops. But Natuurboerdery also has to do with creating a friendly environment for the people ZZ2 employs.

“What makes this relevant is that we’ve got a very strong brand, and a very well-entrenched value system and I think one of the biggest things is there is respect for people,” he said. “We’ve got a very stable workforce here. We provide permanent jobs, permanent housing where the guys have got running water, electricity and geysers. So we’re trying to make the environment as stable as possible for the employees.” That includes busing people to and from work as well as schools and clinics on the farm. The idea is that workers are more productive if they have their needs taken care of and only have to worry about their tasks at hand.

Natuurboerdery also pertains to maintaining the biodiversity that makes agriculture feasible in the first place. ZZ2 has set aside 15,000 hectares for game precisely for that reason, and it's also set aside conservancies throughout its farm to encourage biodiversity.

“Our core business is to deliver quality agricultural produce to clients who expect value, and our practice is to optimize resources that are ethically, environmentally, and economically stable,” Clive said. “We look after the soil, we look after the

environment, we make sure that we’re farming in harmony with nature. We know there are generations to come and follow us, so we need to look after what we’ve got." 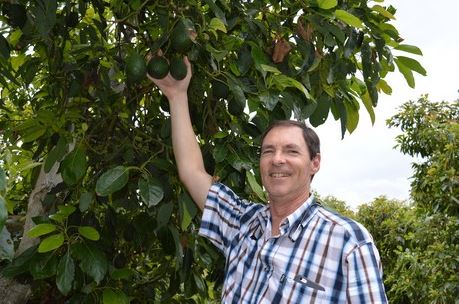 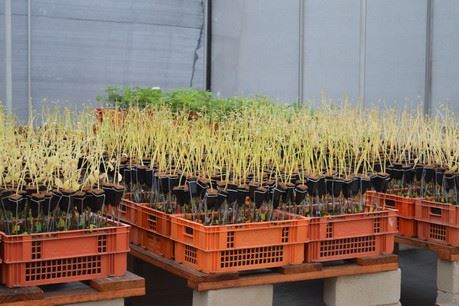 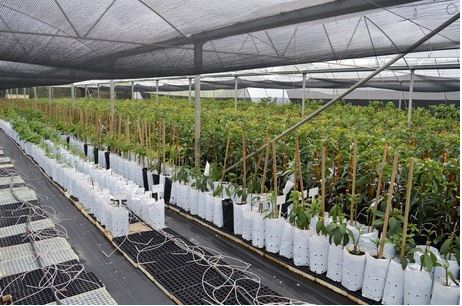