Farming has a bright future in South Africa,” says Tommie van Zyl, CEO of ZZ2. Speaking at the invitation of Haenertsburg Rotary at the Village Hall Tommie says, “We are however threatened by an economy that’s not growing properly. Hence we’ve moved into super fruits to counter this.”

Tommie’s father Bertie van Zyl began ZZ2 and it has remained a family run business. Known as the tomato giants in the farming industry ZZ2 has expanded its produce to include onions, avocados, cherries, medjool dates, almonds and deciduous fruits. ZZ2 employs 25,000 people with a turnover of R24-billion per annum.

Tomatoes are still the main produce being farmed in the Limpopo Province. ZZ2 had little success with onions in this province, so moved that operation to farms in the Western Cape. ZZ2 also has farms in Gauteng, the Eastern Cape and Namibia. The Namibian farms are producing medjool dates and the Rustenburg area is producing cherries. These cherries ripen from 15 September to 15 October when no other cherries are available worldwide.  The Western Cape is producing almonds, apples and pears and ZZ2 is starting to farm areas in Swaziland and is indirectly involved in macadamia nuts.

ZZ2 started growing avocados in 1981. This has expanded in the last 10 years due to global demand. ZZ2’s connection to the Haenertsburg area is because of avocados. It takes 14 days to transport produce from South Africa to Shenzhen China. The Asian market for South African produce is huge and neither Australia nor New Zealand can compete with this time frame.

Tommie says, “The Mountain has a strong climate and is ideal for avocados. Our operations in the Kloof are small. We work together with our farmers who need to be production and pro-active. You don’t need big farms to survive. There is an oversupply of timber in the area. The original sin was to replace the grasslands and indigenous forests with eucalyptus and pines. If I look at the Broederstroom, I see that avocados will be more diversely maintained than pines. Pines and bluegums are making way for avocados.”

“Our soil disturbance is minimal. We use excavators. This keeps the topsoil on top, so grass can grow in time to cover the surface. We contour everywhere and make sure that the drainage is right. The net effect is going to be positive. If we want to survive here, we have to be economically viable.

Houtbosdorp was terribly poor and now ZZ2 employs 150 people in that area. Blueberries ares till in experiment stages at ZZ2.”

“The ZZ2 philosophy is to create an eco-system and to bring this know-how together. Therefore systematic thinking is necessary. We were industrial farmers but, due to the sudden repercussions of pests, we went organic and developed the concept of nature farming. We found that the mealie bug pest was almost impossible to get rid of with chemicals. ZZ2 began an in sectary in 1997 to raise insects to combat predators and parasites. We’ve also created bio-reservoirs on all our farms.”

“In 1987 we tackled the Kudu River Valley and cleared out all the aliens to replace them with indigenous trees and plants. Thirty two years later this dry area has been restored and the water has come back into the river.”

In conclusion Tommie said that survival is as important as is the dream to prosper.  Customers are most important as without customers all these dreams are irrelevant. Besides this production, packaging, marketing, security and transport also need to be in place in order to succeed. 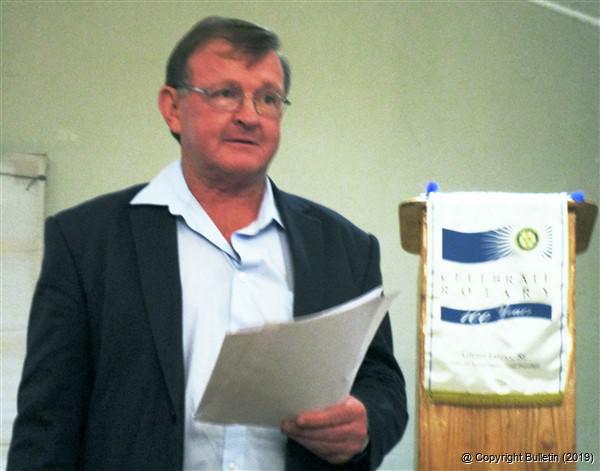